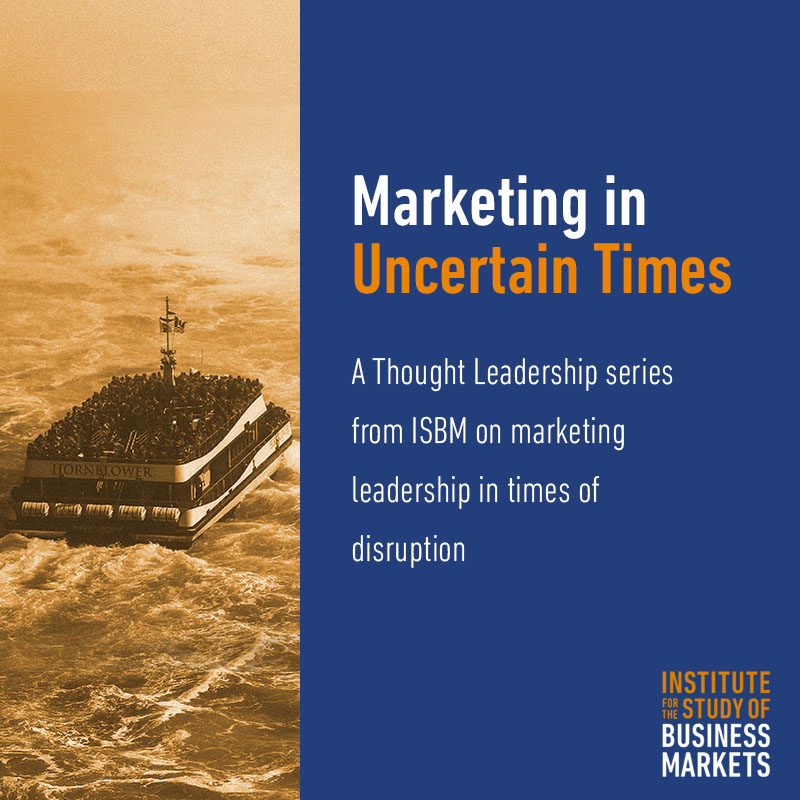 This Town Hall will feature Corporate Economist Robert Fry, former DuPont Economist and Top 5 economist forecaster by the Wall Street Journal.  Robert will provide his very timely and updated insights of the current health crisis and economic fallout, as well as, his reasoned and data-driven scenarios for the remainder of the year and the eventual recovery.

If you’ve been in B2B for a while, you’ll recognize the name.  After retiring from DuPont, Robert has continued to analyze and produce forecasts of the global economy for business decision-makers through his monthly newsletter, Current Economic Conditions.

Until retiring in 2015, Robert was Senior Economist at DuPont, where he analyzed the global economy and its impact on DuPont and the Chemicals and Polymer industries. He published a monthly newsletter sent to thousands of DuPont employees and suppliers and customers, and made more than 800 speeches on the economic outlook to DuPont senior management, business teams, customers, and trade associations.

While at DuPont, Robert and his colleague Bob Shrouds were named among the top economic forecasters by Bloomberg, USA Today, and the Wall Street Journal.  In 2005, they won the prestigious Lawrence R. Klein Award for Blue Chip Forecasting Accuracy, making the DuPont Economist’s Office the only three-time winner of the award.

Robert is currently a member of the Consensus Economics, Wall Street Journal and CNBC survey panels.  He is a monthly guest on Money & Politics in Delaware, a weekly radio show, and has taught Managerial Economics to MBA students at the University of Delaware.

This event will be recorded and available in the Library after the event.